Activists arrested for trying to give Altantuya cake, letter to PM 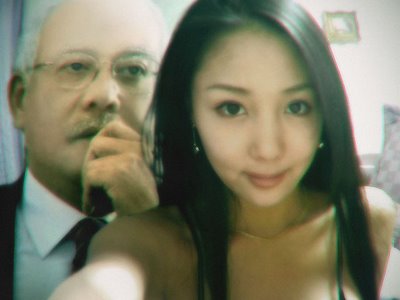 Not content with arresting a pro-democracy activist for criticising Prime Minister Najib Razak’s 1Malaysia vision, police arrested three more on Wednesday - this time for sending a 5-kilo jumbo birthday cake to Najib to commemorate the 31st birthday of Altantuya Shaariibuu.

The trio, part of a group of 30 activists from Solidariti Anak Muda Malaysia, could not give the cake to Altantuya personally because the hauntingly beautiful Mongolian translator is already dead.

She was killed in 2006 by two cops, who were part of Najib’s security detail.

The SAMM activists had also wanted to deliver a letter from Altantuya’s father, Setev Shaariibuu, addressed to Najib. Setev has made it clear he is unhappy about the way his daughter’s murder trial was conducted.

“The matter requires focusing now on my two orphaned grandsons - the sons of Altantuya. We need a solution to the civil suit I would file against you, the Malaysian government and the police. I would also like to calm down my daughter’s spirit by conducting a funeral for her, which I have not done, and it will not be done, until all issues surrounding my daughter’s death is settled,” he wrote in his letter.

Nevertheless, the police refused to resolve the matter amicably.

“The police rushed to surround us and then quickly seized the cake. The arrested three of our activists without giving any reasons whatsoever,” said one of the activists Badrul Hisham Shaharin, stressing that the group had gathered peacefully.

The PKR supreme council member was arrested later in the afternoon. At a separate location, another Pakatan leader, PAS vice-president Mohamad Sabu, was also picked up, taking the total number of arrests by the police without reason in the past two days to six.

Although, the two police officers have been found guilty and sentenced to hang, those who have been following the case believe the real culprits remain at large. The key question remains unanswered: But who ordered her killing?

Altantuya has become a houses-hold name in Malaysia and her homeland. News about her murder have also been splashed across 19 different countries by the foreign press. Why?

Because hers is not just an open-and-shut murder case. She was allegedly Najib’s mistress at one time before his close associate, Razak Baginda, met her. Razak Baginda was also charged for abetting her slaying but he was acquitted amid widespread accusations that Najib had pulled strings to get him off the hook.

According to French newspaper Liberation, both Altantuya and Baginda were go-betweens for the whopping commission - 114 million euros about RM540 million - paid by French shipbuilder Armaris to Najib, who had sanctioned Malaysia’s purchase of three state-of-the-art submarines during his tenure as defence minister.

Meanwhile, Sani Md Shah, 28, Saufi Mihad, 26, and Yasir Sheikh Abdul Rahman, 26, are still in police custody. Of the group of 30, the trio were picked up because two of them - Saufi and Yasir - had been holding a banner with the word Happy Birthday Altantuya.

Sani was detained because he was carrying the cake, a solid butter confection with cream icing, decorated with dainty pink roses.

According to Badrul, in the ensuing slight scuffle, the cake was slightly smashed by the police, who also confiscated it, saying that it would be held for security reasons.

All three men, together with banner and cake were then rushed into a patrol car and driven to the police headquarters in Putrajaya, the administrative capital of Malaysia.

On Tuesday night, police had arrested pro-democracy activist Wong Chin Huat for launching a protest campaign for the Coalition For Clean and Fair Election with the slogan 1BlackMalaysia - a parody of Najib’s much-criticised 1Malaysia vision, that ironically promised greater democratic space and freedom of expression.