sila klik http://chegubard.blogspot.com/2018/06/siri-2-chegubard-peguam-negara-dendam.html untuk membaca siri 2
by cheguBard at 12:54:00 AM No comments: 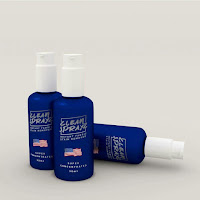 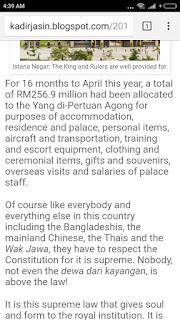 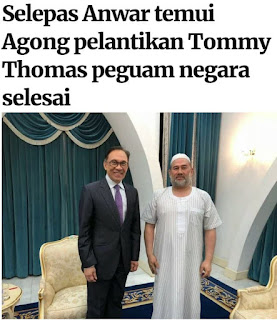 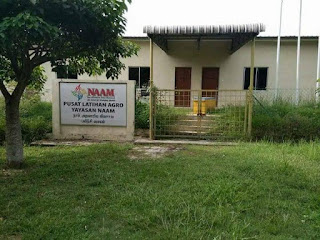 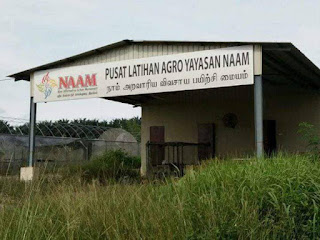 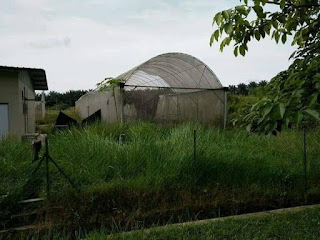 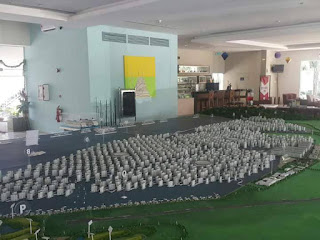 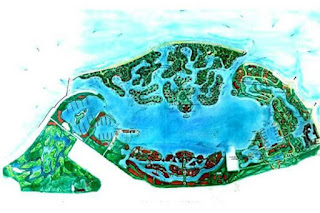 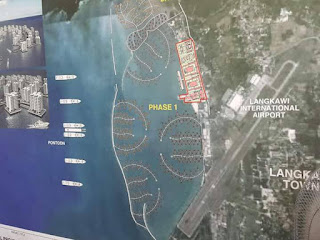 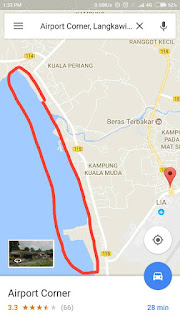 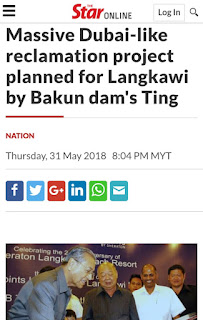 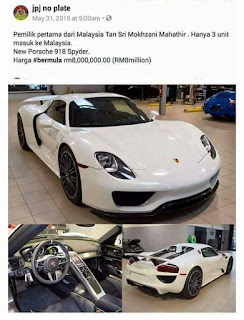 By Anwar Ibrahim
This is the English version of the text of the report by Datuk Seri Anwar Ibrahim on 12 November 1999. It gives us the background to the most expensive project in Sarawak todate of which the cost overruns from RM4 billion to RM15 billion remains a mystery and the Sarawak government is now contemplating to spend our Sarawakians money to the tune of RM7 billion to buy this white elephant from the federal government. – HU Editor

Report prepared by Anwar Ibrahim over the alleged corruption over the Bakun Dam issue.

I hereby submit documents from Tan Sri Ting Peck Khing (whose Ekran Berhad company was awarded the Bakun Dam project by the government) addressed to Tun Daim Zainuddin (present Finance Minister) and Dato Seri Dr. Mahathir Mohamad (Prime Minister of Malaysia), plus a directive from Dato Seri Dr. Mahathir to me, as the Finance Minister then, to speed up the approval of payment to Tan Sri Ting, contravening the law and financial procedures and without prior reference to the auditors, Price Waterhouse (who did an audit to determine how much work had Ekran completed/not completed after Bakun dam was deferred amid the economic crisis), who were appointed to scrutinise the application for compensation from Ekran, who were undertaking the construction of the Bakun Dam project in Sarawak.
The application for payment of compensation was sent by Tan Sri Ting direct to Tun Daim although he did not have any authority to approve it. The application was also sent direct to Dato Seri Dr. Mahathir, who again demonstrated his method of implementing mega projects such as Perwaja (Mahathir’s pet steel company who suffered billion dollars loss in which investigation is supposedly still on going), Putrajaya (the multi-billon new administrative centre of the Federal Government) and KLCC (Kuala Lumpur City Centre, the world’s tallest building).
He had approved the Bakun project without complying with privatisation or tender procedures. He had launched the project even before Cabinet approval. As per my previous police report with regards to Perwaja, he had established direct links with Tan Sri Ting, bypassing the Ministry and agency concerned.

The Cabinet only approved it later and he asked me to monitor it as the Chairman of the Cabinet Committee on Bakun. In fact, in the application for compensation, as stated in the letters attached, I was totally ignored, though at that point in time, I was the Finance Minister and the Chairman of the Cabinet Committee for Bakun. My firmness and reluctance to arbitrarily approve the allocation without complying with the financial procedures and regulations resulted in my being doubted.
The majority interest in the Bakun project is held by Ekran, which is controlled by Dato Seri Dr. Mahathir’s close friend and business partner of Tun Daim, that is Tan Sri Ting Peck Khing. Rasip Harun, the business partner of Tun Daim, also held equity.
Rasip Harun and Robert Tan Hua Choon, another business partner of Tun Daim, controlled Jasa Kita. Jasa Kita was involved in the abuse of the Telecom shares allocation scandal, which was supposedly allocated by Daim to the Indian community while he was the Finance Minister.
On the other hand, the shares concerned were diverted to three companies related to Dato Samy Velu (President of the Malaysian Indian Congress, the major Indian component party of the ruling natioanl coalition government). This included Clearway (a company), in which Robert Tan’s driver, Baharuddin M. Arip, was a Director, as well as Jasa Kita.

Robert Tan’s other company, Spanco, was hastily given approval for the privatisation of government transport by the Privatisation Unit of the Prime Minister’s Department. The company’s services were criticised as weak and costly, and I had asked for some clauses in the agreement to be reviewed.
Because Tun Daim had an interest, all my comments and objections were sidelined by Dato Seri Dr. Mahathir.
The Bakun project requires Sarawak government support. Therefore, Ekran secured the involvement of two sons of the Chief Minister, Tan Sri Abdul Taib Mahmud: that is, Mahmud Abu Bekir and Sulaiman Abdul Rahman who hold equity in Ekran and Pacific Chemicals.
Thereby, Ekran easily obtained timber concessions for thousands of acres surrounding the dam area, although the local residents and environmental organisations strongly protested.
Other than that, Dato Seri Ling Liong Sik’s (President of the Malaysian Chinese Association, the major Chinese component party of the ruling national coalition government) son was also appointed to the management of the project with generous remuneration.
With the endorsement and approval of Dato Seri Dr Mahathir, the decision to approve the project was made without reference to the Board of Directors of the Bakun company, or the Finance Ministry, or the Cabinet Committee.