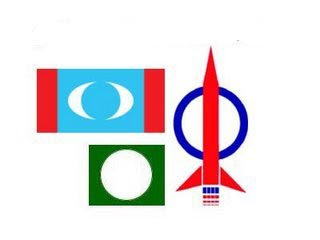 The recent problem in Kedah arose not because of PAS government acted like Umno but due to lesser understanding on the reasons behind the allocation of 50 percent quota for housing projects to bumiputera. Many bumiputeras in Kedah can’t afford to buy a house because of their meagre income.

It is common knowledge that the property developers in our country are not interested to build low cost housing due to its smaller profit margin.

By increasing the quota, it will in some way coerce the developer to build more affordable houses because they know it will be quite difficult to meet the set quota if they stubbornly keep building higher-cost housing. As a result of this policy, more bumiputeras and poor non-bumiputeras can own a house.

This is indeed a policy that is carried out along the lines of economic need.

The demolitions of a pig abattoir in Kedah by MBAS again is an issue due to lesser understanding by some folks. The real issue is the said abattoir, which is located near a Malay village and public market, has been given notice to relocate since 1995.

The abattoir is dirty, smelly, not well maintained and does not have proper sewerage system. The pig farmers have been given ample time to relocate their abattoir. If 14 years is not enough, then there is nothing more that I can say.

PAS Youth discussions with Umno are mainly centred on Muslim unity and Islam. Nobody should object to it.

Similarly, if any Christians want to talk among themselves on Christian unity, nobody should oppose it. As far as I know, all religions teach their followers to be good human beings. With all due respect, it would be ridiculous for PAS to talk about Muslims unity and Islam with MCA, MIC or DAP.

In fact, when Tuan Guru Abdul Hadi suggested a unity government, it was meant between BN and Pakatan Rakyat, not between Umno and PAS as propagated by certain media.

Any peaceful discussion must be respected as long as it is not used by certain individuals to question the basic teachings of any religion.

Pakatan has a lot to do as administrators, politicians and leaders to convince all Malaysians that they deserved to be given a chance to govern this country in the 13th general election.

Similarly, BN has also a lot to do to convince the country that they are sincere about making changes to the judiciary, police force, SPRM, media, etc and committed to wipe out the pandemic of corruption, aberration, wastage and so on.

Let us pray that the most credible party will win the next general election. May the contest be free from any misuse of power and government machinery, fairer to every party involved and clean from fraud and manipulation.

[Badrol Hisham aka Chegu Bard is a PKR supreme council leader and a dedicated social rights activist. He has his own blog at http://chegubard.blogspot.com/]