Prime Minister Abdullah Ahmad Badawi must be bold in seeking out the truth into the alleged political conspiracy that had led to the sacking of former deputy premier Anwar Ibrahim in 1998.Parti Keadilan Rakyat (PKR) youth wing urged the premier to advise the Malay Rulers to form a royal commission of inquiry to look into the conspiracy which had caused much damage to the country and its people. It’s deputy information chief Badrul Hisham Shaharin 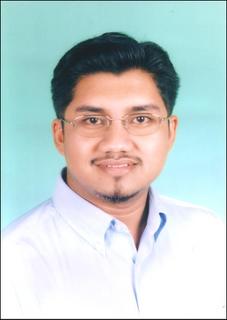 said in a statement that the move was crucial as it is now legally proven that the sexual misdemeanour allegations - cited by former prime minister Dr Mahathir Mohamad to sack Anwar- was falsely made to end his political career. Badrul was referring to the ruling by High Court judge Hishamuddin Mohd Yunus on Aug 18 where Anwar was awarded a total of RM4.5 million for libel damages from the book “50 Dalil mengapa Anwar Tidak Boleh Jadi PM”. “The focus of the case should not be the award but what is most important is the ruling itself in which the judge found that the allegations were mere slanders and acknowledge the existence of a political conspiracy which had led to the publication of the book which in turn was used to topple Anwar,” he said. He said Anwar’s vindication from the allegations had started with the Federal Court ruling last year which overturned the former deputy premier’s sodomy conviction.“Thus, it was clear that the slander and torture faced by Anwar and the chaos that shook the country since then was a planned conspiracy. And, therefore, the culprits must be made responsible to what has happened.”
Onus on PM
Badrul said the onus now lies on Abdullah to bring the culprits to justice. “The people’s eyes are now focussed on Abdullah, the founder of Islam Hadhari. Is he really bold enough to face truth?” He said although Abdullah was not involved in the conspiracy, it was undeniable that he had benefited from it. “He is where he is today due to the chaos, slander and conspiracy that have taken place. Which means even if he is not involved in the conspiracy at that time he cannot run from the fact that his walk to premiership was paved by the slanders and the conspiracy.” “Therefore he should be bold in seeking the truth and Islam Hadhari will be highly regarded if he takes this bold step...He should be big-hearted enough because those who wronged must be brought to face justice.”
by che'GuBard at 8:52:00 AM