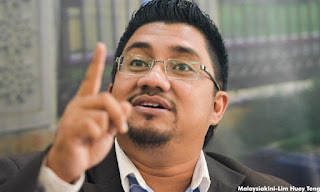 The Sessions Court in Petaling Jaya today acquitted Youth Solidarity Malaysia movement promoter, Badrul Hisham Shaharin of a charge of organising an illegal appreciation assembly for Selangor voters three years ago.
Judge Mohamad Kamil Nizam ruled that the prosecution had failed to establish a prima facie case against him.
Deputy public prosecutor Suhaimi Ibrahim conducted the prosecution while Badrul Hisham, 38, known also as Chegubard, was represented by counsel Haijan Omar.
He was accused as organiser of the programme, of failing to submit a 10-day notice prior to the event, to the Petaling Jaya District Police chief.


On Dec 8, 2015, Chegubard, who is the former PKR head of Cabang Rembau, pleaded not guilty to committing the offence at Dataran Petaling Jaya, Padang Timur, Jalan Timur at 5pm, on May 25, 2013.
The charge under Section 9(1) of the Peaceful Assembly Act 2012, punishable under Section 9(5) of the same Act, carries a fine of not more than RM10,000, on conviction.
On June 5, 2013, Badrul Hisham was charged with the same offence at the Sessions Court.
However, on Aug 4, 2014, the Sessions Court here granted him a discharge not amounting to an acquittal after allowing the defence's application.