HEALTH WARNING: Readers who may suffer medically from kaytee's wakakaka-ing are advised not to read this post as there's mucho wakakaka's, wakakaka! 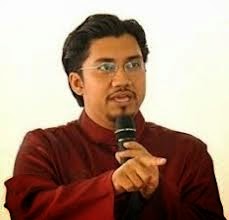 In a statement issued on Wednesday, the PKR disciplinary board chairman Datuk Dr Tan Kee Kwong said that Badrul who is better known as Chegubard has also been issued show-cause letter as why he should not be sacked from the party.

"He made a press statement claiming the election process is dirty and not transparent. He also publicly claimed that the party's disciplinary board are agents to Azmin Ali on May 12, which was published, in several online portals,” he said.

Meanwhile, PKR has sacked one member and suspended another for six months for breaking campaign rules in the problem-riddled party election.

And then Dr Wan Azizah, PKR party president has the face to say there’s room for dissent despite Chegubard’s suspension. Wakakaka.

Do you believe her, assuming you're not one of those PKR diehards otherwise known as M-cube (mindless moronic Myrmidons, wakakaka)?

Now, before you answer my question, let me take you back to another, wakakaka, PKR party election and review what had happened, wakakaka. 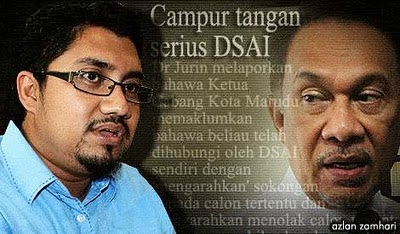 I suspect that Chegubard wrote that letter so that his complaints would be etched in black and white as oral complaints could drift away into the ether on a windy day or swept away like my footprints on a beach, which I wrote about in my other blog, as follows: wakakaka.

I was all alone on the beach
strolling towards the red sun
lying on the western horizon;
T’was when night had begun.

Every step I took on the wave
beaten beach, the silver sand
rose up between my wet toes,
and thus leaving on the land

my footprints of the evening,
till the murmuring waves swept
away the tracks I made, leaving
no memory of where I stepped.

Years later I went to that beach.
To hear the waves roar cheekily:
‘Ah, you’re back’, hinting again
I'd leave no footprint as memory.


Wakakaka, guess who would have been the roaring waves in PKR? 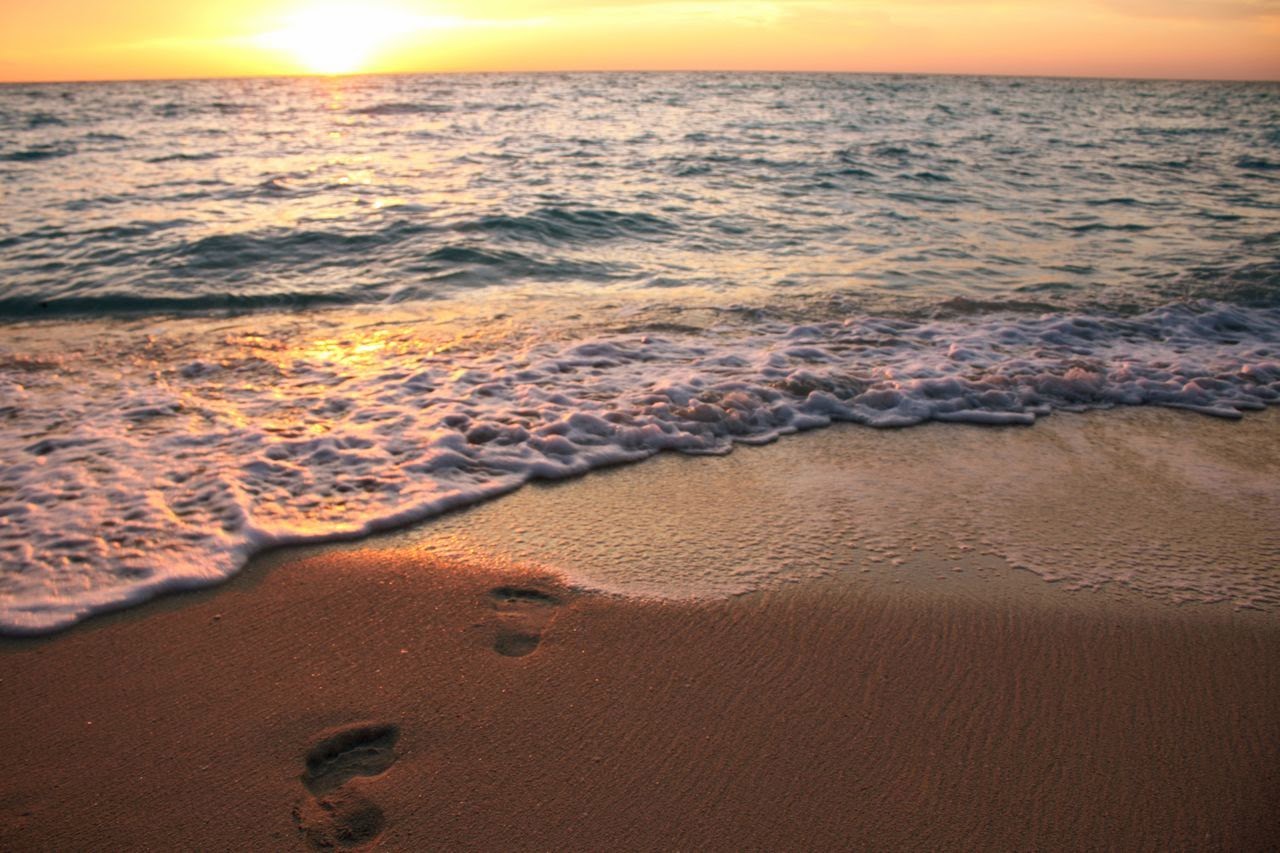 Chegubard wrote to Dr Wan about Kota Marudu PKR Youth chief, Dr Jurin Gunsalam, who was informed by his division chief Anthony Mandiau that Anwar had instructed him who to vote for.

Chegubard also revealed that some candidates were allowed to contest even though their names were sent in after the deadline. Reformasi, wakakaka.

He stated: “When a verbal complaint was made to the election officer, the complainant was asked if he was a supporter of Badrul Hisham. A written complaint has since been ignored.”

He added that though the Tampin division had nominated him and running mate Chang Lih Kang, somehow, wakakaka, that nomination went to their contenders, Shamsul Iskandar Mohd Akin and Khairul Anuar Zainuddin. Wakakaka.

As with other polling complaints, his report too has thus far elicited no response. Wakakaka.

His election agents reported the same mystery we've already heard, that the number of counted votes at a station were more than the actual turnout, wakakaka, which led Chegubard to remind us that in Kubang Pasu (see my earlier post Zaid Ibrahim - suffers no fool gladly), the number of counted votes was almost 3 times more than the actual turnout – wakakaka! EC eat your hearts out. 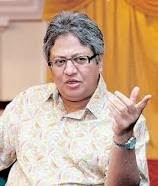 Chegubard told us the same story, that the phantom votes were actually (indirectly) admitted by the election committee when they had to call a Zaid Ibrahim’s representative to negotiate on how to split the total votes wakakaka.  EC, again eat your hearts out.

Indeed, Chegubard, at that time I did ask the same question too, namely what kind of solution was that, negotiating on how to split the total votes which were more than the actual turnout, wakakaka. In fact let's go one step further, what kind of PKR poll was that?

He gave us more horror stories about the polling in Teluk Intan and Sabah, where the actual turnout at Sandakan and Libaran was only about 200, and not the official figures of 898 in Libaran and 456 in Sandakan, wakakaka. 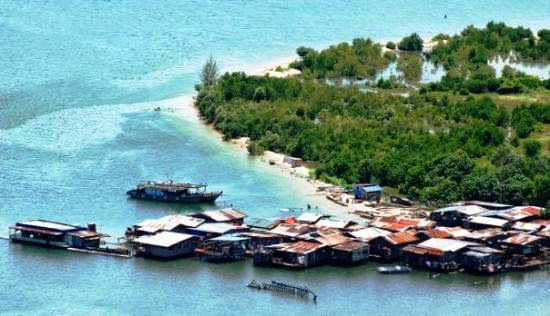 Incidentally Azmin Ali was the winner where he ‘swept’ virtually (almost) 100% of the votes at Libaran, Sandakan, Tawau and Tenom, wakakaka.

Chegubard said the votes for Sandakan and Libaran were not tallied at the polling centre and, like at Kubang Pasu, the candidates' agents were not allowed to be present during the counting process, wakakaka!

Did Dr Wan take any action? That was a rhetorical question, so no answer required as the question was also the answer, wakakaka.

Shall I say again: EC eat your hearts out. Wakakaka.

Also recall in my much earlier post Zaid Ibrahim - suffers no fool gladly, I mentioned Jonson Chong writing to Dr Wan to audit just the Libaran polls. Now we know why. But I doubt Jonson is still holding his breath waiting for the okay from the party president.

Meanwhile at headquarters, Dr Molly Cheah, head of the JPP, the so-called central election committee was reported by Malaysiakini as reluctant (wakakaka) to say yes or no to Christina Liew’s report that HQ was investigating.

Wow! HQ investigating eh? And the head of the PKR JPP quoting someone (Christina Liew) who had quoted the JPP, who then quoted the quoter? Wakakaka.

No wonder Terence Netto (of Malaysiakini) described her like a deer caught in the headlights (meaning startled into inaction) wakakaka. 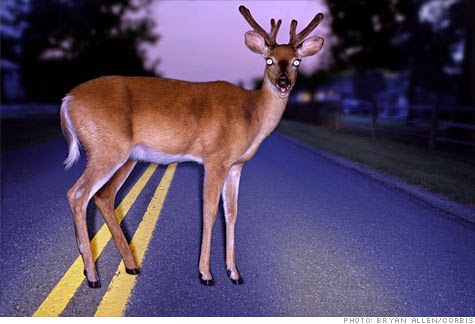 Chegubard said Dr Molly Cheah refused to confirm whether the number of complaints was 162, as claimed by Liew and deputy president hopeful Mustaffa Kamil Ayub. Refused to confirm? wakakaka.

I wonder whether she pleaded doctor-patient confidentiality? Wakakaka. Or just that she didn't know!

Chegubard sighed: “I am adhering to party discipline by using internal means to make this complaint (but) it is as if I have been pushed to the wall. As a member of Parti Keadilan Rakyat, I am seeking keadilan (justice).”

Keadilan (justice)? Hmmm, well-known journalist and lawyer Art Harun did ask in his post what does the ‘K’ in PKR stand for? I have an answer for Art, but why don't you guess! wakakaka!

Art had written: I don't know about how they feel and think. But frankly, in my perception, PKR is so full of crap than it would even dare to admit. And if the farce that PKR calls and labels as party elections is to be a yardstick of its ability to govern this country, I would rather vote for the Siberian Husky in front of my house. And by that, I don't mean to insult the dog.

According to Chegubard then (in 2010), Saifuddin promised in November that investigation into Chegubard’s complaint had been initiated and the finding would be revealed in a couple of weeks’ time. At the end of the year, well over a month since Saifuddin’s deadline promise, Chegubard was still asking about the finding of that so-called investigation. I'm sure you know the outcome of that, wakakaka. 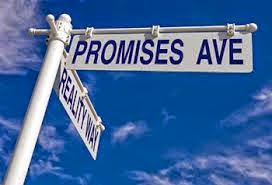 The party leadership then attempted to appoint Chegubard to the position of party deputy secretary-general, for whatever reason wakakaka but good old Chegubard refused the appointment, insisting on first knowing what the finding of the so-called investigation was, wakakaka.

As Penangites would comment, with some people, yes, you can cheet haw ch’ooi (keep the tiger’s mouth closed by filling it with goodies), but with others you just can’t!

Renowned socio-political activist Haris Ibrahim (the real reformer) praised Jonson for his constructive approach to personally fund an audit into the Libraran polling, but alas, not so Dr Wan who ignored Jonson completely.

Fast forward to 2014 to remember that Dr Wan said there's room in PKR for dissent, and we wonder why she had in 2010 ignored Jonson Chong's proposal which wasn't even a dissent but an attempt to constructively resolve the party polling turmoil then?

Yes, let's ask ourselves why did the party president ignore a constructive proposal from a sensible, fair and balanced gentleman like Jonson Chong which would have put to rest all complaints if his proposed audit (funded by Jonson himself) showed the polls had been conducted fairly?

Could it be she was worried Jonson's proposal might open the PKR Pandora Box? Wakakaka.

Anyway, Jonson was so disappointed by both Dr Wan's rather discourteous cold-shouldering of his constructive and valid proposal and the arrogance of the inner coterie in its refusal to truly investigate into party members’ complaints about the dodgy party polls (the JPP was asleep zzzzzzzzz ..... wakakaka, or as Netto wrote, frozen stiff like a deer caught in a car's headlights, wakakaka) nor provide any answer that, as I had predicted, he left PKR - mind you, not that they care two hoots as Jonson was not/never a member of the PKR inner coterie, wakakaka.

There have been times I wonder why PKR allocated Chegubard the Sungai Aceh federal state seat to contest in the last election (rather late in the game) which led to a bitter intra Pakatan fight (literally) with PAS, whose members tried rather violently to prevent him from registering his nomination papers in April 2013. And mind, that was pre PAS current hudud insistence, wakakaka.

“The PAS youth members and their voluntary unit members tried to stop Badrul from entering the nomination centre yesterday morning.

“He was also assaulted by these people, his wife and children were shoved…all this so that he would not be able to submit his nomination papers.”

Couldn't PKR have allocated a better seat for him, like say, Kulim Bandar Baharu? I suppose not, wakakaka.

Dr Wan is one of the sacred cows, in fact the MOST sacred cow in PKR, more so than her daughter or husband, not unlike a Mother Teresa and Joan of Arc combined, but her inaction in 2010 has led many to question her reformasi credentials. Furthermore her incredulous description of hubby as 'God's gift to the people' had left many breathlessly flabbergasted, wakakaka.

So, do you still believe Dr Wan when today she could even bring herself to say there's still room for dissent after she condones suspending Chegubard, a party member who had not only complained about the party polls in 2010 (without receiving an answer as was experienced by many who had left the party since) but also about the current 2014 party polls?