PETALING JAYA: The Mahathir-Daim force is a greater evil than Prime Minister Najib Abdul Razak and a bigger obstacle to Pakatan Rakyat’s takeover of Putrajaya, according to activist Badrul Hisham Shaharin, better known as Chegubard.
Responding to Raub MP Ariff Sabri’s criticism of Opposition Leader Anwar Ibrahim for joining forces with Najib against the former prime minister and former finance minister, Chegubard said that Ariff appeared to be ignorant of the heinous politics that Mahathir was capable of.
He was referring to a blog posting in which Ariff suggested that the opposition should join forces with Mahathir and Daim to bring down an already weakened Najib. Such a strategy would be disastrous, said Chegubard, who is a suspended PKR member.
Referring to the polemics regarding Najib’s alleged mishandling of the economy, he said there were quarters who believed that Pakatan Rakyat was using Mahathir against Najib.
“In truth, it is Mahathir who is using Pakatan to satisfy his lust for power to completion as he nears the end of his life,” said Chegubard.
He gave the example of Mahathir using PAS against Malaysia’s first prime minister, Tunku Abdul Rahman, “and then, when he had achieved his ambition, he turned back on PAS to hammer it”.
He reminded Ariff that Mahathir had made noises against Najib before but had kept quiet again after getting what he wanted for himself and his cronies. He cited the case of Mahathir getting control of Proton and the granting of a Petronas project worth billions of ringgit to a company in which one of his sons had an interest.
He said it was strange that Ariff should think Anwar’s attack against Mahathir and Daim would result in Pakatan’s failure to reach Putrajaya.
“For Ariff’s information,” he said, “the opposition did at one time answer to Mahathir’s call. Mahathir used the opposition to the full to bring down Abdullah Badawi. But what was the result? It was Mahathir and Umno that got the spoils. We managed to throw out a weak Umno leader, but that resulted in a stronger Umno.”
He said Pakatan Rakyat would have already reached Putrajaya if Abdullah had been allowed to continue leading Umno and Barisan Nasional. 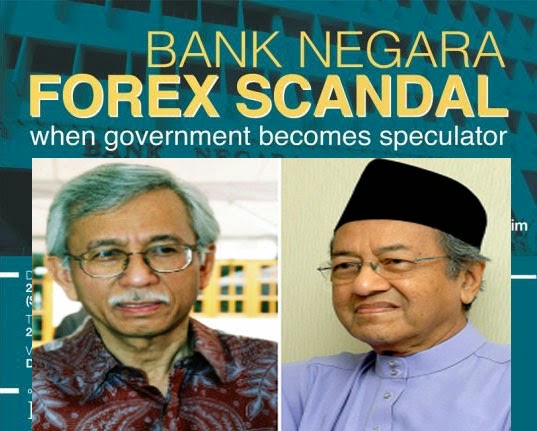